At approx 2300 hours on the night of the 4th of July, members who were standing in front of the firehouse were alerted by neighbors that a house was on fire around the corner. Members from HQ quickly grab their gear and were arriving on as the call was being dispatched. Members were also at station #1 in Hyde Park with another fast response. E66 and Deputy 66-5 arrived with heavy fire showing from two houses on Temple Ave and requested the 2nd alarm right away. E66 laid a supply line to the fire and pulled x2 attack lines and began attacking the fire. E66-1 also arrived going to the “C” side as they also laid a supply line to the rear and stretching an attack line for for “C” side operations. Ladder 12 came to the rear and went to the roof. Members from the MTFR as well as numerous mutual aid companies who came and assisted us with fire ground operations with manpower and general fatigue with still high muggy temperatures. Members were still able to make quick work of the fire preventing further damage then what it could have been. Being in station saved 5+ minutes with the first arriving unit preventing what could have been a much larger fire. The Fire Marshals were working into the night to find the cause of the fire.

Thank you to all the help we had at this fire. Everyone went home to their families safe. 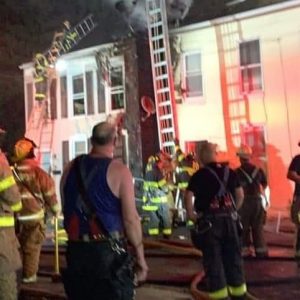 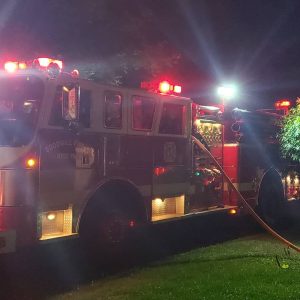 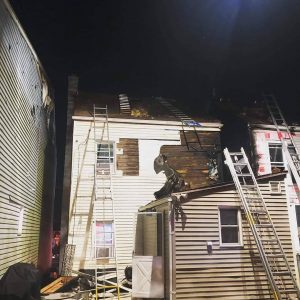 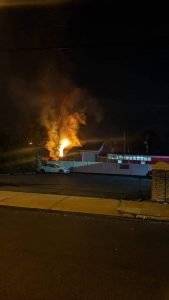 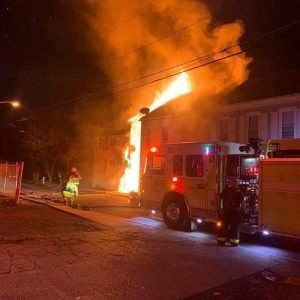 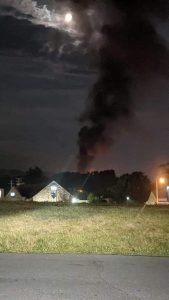 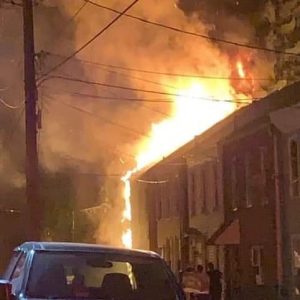 This message is only visible to site admins
Backup cache in use.

PPCA Error: Due to Facebook API changes it is no longer possible to display a feed from a Facebook Page you are not an admin of. The Facebook feed below is not using a valid Access Token for this Facebook page and so has stopped updating.