It is with very heavy hearts that we announce the passing of former member Jason Dunlap. Jason served originally with the Goodwill Fire Company in 2008 until the merger where he served for many years. He served in multiple rolls. He was a firefighter and eventually promoting to a Lieutenant. He also served as a financial secretary. He maintained key rolls with getting grants which helped to obtain gear washers and dryers for both of the Goodwill stations. New SCOTT SCBA’s and x2 Deputy Chief SUV’s.
Going in the merger, he helped to serve on committees assisting to get info needed as the new department was merging over.
As the merger was about to taking over, Jason’s health prevented him to come around and participate especially as COVID was beginning to hit our area. Jason knew that he needed to avoid getting sick with COVID at all costs.
He enjoyed being at the firehouse with his two son’s Nick and Christian.
Firefighter Jason Dunlap will be dearly missed and his memories with us will never go forgotten. We hope Tom and himself will continue to look down on us and keep us all safe as time goes on.
Thank You Jason for your dedicated commitment all these years. Until we meet again. We got it from here. 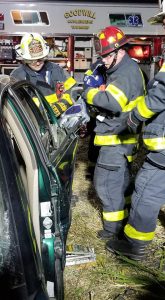 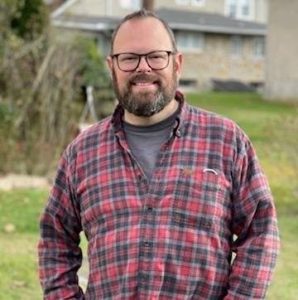 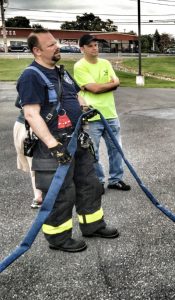